5 ‘Running foods’ You Should Avoid 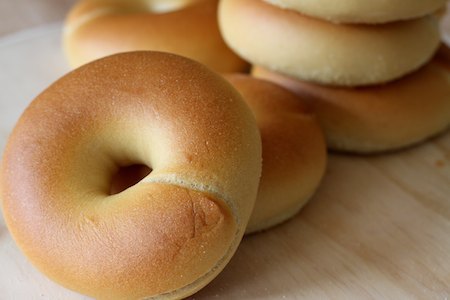 21 Sep 5 ‘Running foods’ You Should Avoid

Posted at 22:38h in Body Therapy, Runner Therapy by marisa

Most runners seem to ‎worry more about gadgets and gear thinking these are the keys to a PR, when really they ought to pay more attention to their fuel. I mean the foods we eat to power our runs.
Today we will spend time talking about the foods you hear too much about that really are not as good as you think. Actually, most can be downright harmful to your running.

1. Peanut butter
Let me throw this out there and start with the toughest one. Peanuts are not a ‘healthy food’. Why? Several reasons. First, peanuts are one of the biggest allergens affecting the population. It doesn’t matter if you suffer from anaphylaxis from ingesting one. There is a reason why it’s a potential poison…it has a pro-inflammatory effect.

First, a peanut is not a nut at all. It is a legume…a bean. Yup, really.

Here is what we know about beans: Beans should never be eaten in a raw state due to high amounts of inflammatory lectins. Although cooking beans reduces this…we rarely eat boiled peanuts. Even if we boil the nut it will then lose most of its nutritional content.

This means, other than being a gassy bean like other legumes, they also inhibit the break down of proteins, ‎and the absorption of many vitamins and minerals.

Also, it’s questionable whether peanuts have fungus naturally occurring in their soil that persists on the store shelf. Thanks to the American way of mass produce and non-organic soil, we can’t be sure if a peanut isn’t already tainted.

Is almond butter better? Somewhat. Almonds are far less allergenic than peanuts so that’s a plus when it comes to inflammation. Also, they are true nuts.
However, look out for almond butters with added sugar and extra ingredients. A pure-milled almond in its natural form is best. Be sure to read the label and make sure no other ingredients are added.

2.Oatmeal
Contrary to what most American nutritionists will tell you, oatmeal has little potential to boost a run. Its actually also borderline detrimental.
Why? When you eat oatmeal, you are actually breaking down the oat into sugar. Yes. You are eating sugar. Oats are a starch. A starch is a complex carbohydrate: a group of sugars bound together. When your body breaks down a starch, it breaks them down into pieces which are simple sugars. Now sure, its not like eating cane sugar. But it IS a sugar. It has no place in fueling a sport. Let alone endurance.

3.Bagels
Let’s be clear. A bagel has no nutritional content whatsover. It may be yummy, but its not well tolerated by our body. Well, maybe the raisin or an ingredient added may have some value…but the round rolled dough is just dough. Flour, it’s main ingredient, is a simple sugar which we have already covered above. Worse than that, generally they are made with high-gluten flour or wheat flour. I will rant on gluten and wheat in a minute.  Then there is the yeast in a bagel.. Yeast equals gas. Not productive for a run.

Because of the amount of flour in a bagel and the gluten and wheat, we spend a long time to digest its round goodness. Any time spent digesting is less energy and blood to skeletal muscle. We need all the blood to the working muscles that we can get!

Alternatives really aren’t much better…an english muffin or toast has fewer calories and is less dense so will take less time to digest, but the nutritional content is about the same.

Now I know what you are saying, you eat whole wheat, so that’s gotta be better. Well, arguably it’s likely not, which is an article in and of itself. There really is little advantage to wheat, and, if anything, it is generally more allergenic and more disease-causing because of the way the United States grows wheat. Wheat grown today is hybridized – it has been altered to produce greater yields…like steroids. It now has more starch, less protein and minerals and is high in glutamine and gluten, two inflammatory proteins. All of these substances are detrimental to our running.

Chocolate milk has long been praised for its attributes in being a recovery drink. Nutritionists recommend it for its perfect content of protein and carbs post-work out. However, it’s at a huge cost that likely negates it’s positive benefit.

There are so many down-sides to milk. Milk contains lactose, an ingredient that is tough on our digestion…which is why so many people are lactose intolerant. Milk in the US is now processed, adding to its acidity and other difficulties in digestion and allergy. Also, lactose is yet another sugar! Yup. More sugar.

The chocolate in the chocolate milk is generally just another sugar. Yes, there is protein in the milk, but there are better ways to get protein.

So you can see, you are recovering with sugar…an inflammatory substance…which is a poor choice. Sugar IS a pro-inflammatory food!

If you have to have it, almond or rice milk may be a bit better, but beware. Many have added sugar or other sugar substitutes or chemicals! Yes, you read that correctly. Even Silk brand almond milk adds sugar!
Another alternative which is a bit better but still not great is Lactaid milk since it has no lactose. Any of these are better than milk, but better yet, eat real food. Proteins and veggies are still great after a run. If you really don’t want to chew, a good low-sodium veggie soup or an organic whey protein smoothie is also a great way to recover. For the chocolate, don’t buy a syrup or Hershey’s powder. Find a natural cacao or make your own from the darkest form you can tolerate.

It’s almost sad that many nutritionists recommend Gatorade and that many athletes see this as a good source of electrolytes.

As an alumna of the University of Florida and huge Gator fan, I’m proud Gatorade was invented at my Alma Mater, however, it’s not a drink for serious athletes or endurance athletes. Its more like a treat for once in awhile use only.

Gatorade has electrolytes, yes, but it’s sugar content far outweighs the electrolyte benefit. Furthermore, the amount of electrolyte is practically offset by the amount of fluid content. Athletes will do better with electrolyte enhancement without so much sugar and with a higher electrolyte to water ratio. Drinking too little water is not usually an issue. Dehydration is relatively rare. However, hyponatremia or low salt intake, is much more common, as is an electrolyte imbalance.

Why do we need electrolytes? Electrolytes are the substances that power muscle contraction. Deplete them, or over-water yourself and you muscles will cramp, hit ‘the wall’ or simply poop out. Calcium, sodium, and potassium ions are our main powerhouses when it comes to contraction. Yes, you’ve been wrongly warned about salt. For athletes this is as crucial if not more than water.  Most people think they are hitting a wall, or dehydrating when they cant run. Nope, its usually lack of electrolyte. Eat a salt packet and watch your energy level come up rapidly.

Our muscles actually contract via ion transfer…the potassium and sodium ions are shuttled across the cell membranes to ‘power’ contraction. No electrolytes? Poor contraction.

So use an electrolyte replacement system like EFS that replaces the ions without adding sugar. Or make your own ‘gatorade’. Find a good quality pure fruit juice like Knudson’s. I like a nice lemon-lime. Add some sea salt, water and if you need some sweetness add some agave. Remember to try it out while exercising…a high salt content is what you should aim for and that won’t taste good when you aren’t mid-exercise! If you cringe from salt when making the mixture, chances are you will have it correct!

Cutting out these foods that people ‘think’ are good for you will help you move better and recover faster!